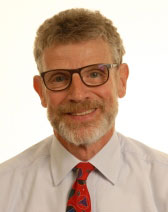 James Curran originally researched in hydrometeorology and oceanography and then served as an environmental regulator of industry and land management. He later specialised in policy and strategy development, including horizon-scanning, futurology and management of research portfolios. He has often provided end-user input to UK research steering groups and reviews. At one point he also created and ran an eco-retail and catering business, then returned to the Scottish Environment Protection Agency as Director of Science & Strategy and, subsequently, as Chief Executive and Board member where he led on transformation.

He has served on Ministerial groups including biodiversity, green growth, hydronation, and zero waste, and on expert panels including fracking. He was a non-executive member of the Scottish Government’s climate change delivery board. He has wide experience of governing boards such as the Foundation for Water Research and was the elected chair of the Scottish Sustainable Development Forum. Currently, he is chair of the James Hutton Institute, serves on the board of the Green Purposes Company which holds the special share in the recently privatised UK Green Investment Bank, and continues to advise the Isle of Man Government, having chaired their climate change committee. 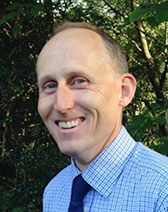 Roddy works within the Estates Services Team and together with colleagues is leading the University’s operational approach to tackling climate change adaptation. Planning is underway to implement solutions that reduce the amount and speed of surface water runoff from the University campus as part of a major phase of development. Some of the challenges of the campus are the steep topography in a heavily built up city centre area and designing solutions that can manage more intense rainfall in a sustainable manner and integrating this into an existing urban drainage network. 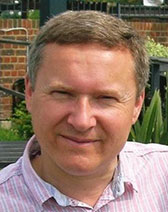 Dr Duncan Booker is COP26 Stakeholder Manager for Glasgow City Council.  He has worked on policy development in local government for more than twenty years in a range of areas.  He drafted the Council’s report and recommendations on the climate emergency in 2019, which led to the city committing to achieve carbon neutrality by the year 2030.   Duncan is currently working on arrangements for Glasgow to welcome the world to COP26 in November 2021.    He is a graduate of the universities of Oxford and Glasgow.

Glasgow City Council serves a population of more than 600,000 residents and delivers a wide range of statutory services, as well as exercising a broader leadership role in supporting community wellbeing and empowerment. Its City Government has made a series of key commitments to developing a lower carbon, sustainable and climate adapted Glasgow.  The Council had a strong role in helping to establish Climate Ready Clyde and continues to play its part in other major city-regional partnerships, such as City Deal, the Metropolitan Glasgow Strategic Drainage Partnership, and the GCV Green Network. Glasgow is the only Scottish member of the Global Resilient Cities Network. The city is also a signatory to the Covenant of Mayors and Mayors Adapt initiatives. Glasgow has been chosen by the UK Government to be host for the next United Nations climate conference, COP26, which will be held in the city from 1-12 November 2021. 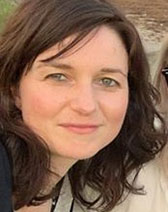 Sylvia has worked in sustainable development since 2001, mainly for East Dunbartonshire Council, where she is currently Acting Leader of the Sustainability Policy Team. In this role, Sylvia co-ordinates and supports sustainability at a strategic, organisation-wide level, working with a broad range of partners internally, locally, regionally and nationally.

Current policy priorities include the preparation of a Climate Change Adaptation Strategy, bringing various services together to take stock of existing good practice and to stimulate a more joined-up, progressive approach. 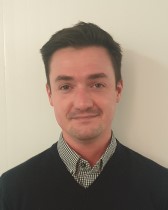 Martin’s current role as Sustainability Manager for NHS Greater Glasgow & Clyde covers all aspects of Scottish Climate Change Plan and UN Sustainable Development Goals. He is the Corporate Leader for the organisation, to deliver technical Environmental, Waste & Sustainability support to Greater Glasgow & Clyde’s estates, facilities, procurement, projects and corporate services operations across the largest health board in Scotland. In addition to these responsibilities, he also contributes to the development and implementation of Corporate policies and sustainability programs, and specifically circular economy and climate change adaptation initiatives. 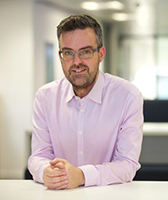 Head of Water and Planning
SEPA

David Harley is SEPA’s Head of Water and Planning. This role is responsible for SEPA’s land use planning function, river basin management planning, water policy, land policy, water industry investment planning and river restoration funding. David has worked for SEPA and predecessor bodies since 1991 in a wide variety of roles including ecological assessment, regulation, water policy and water framework directive implementation. His priority is on focussing SEPA’s considerable water and planning expertise and talent towards securing a more circular economy, in line with SEPA’s One Planet Prosperity vision. 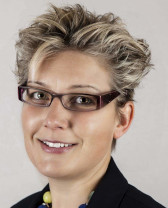 Nicole is a Local Government Chief Officer with extensive experience in public sector leadership and management across a number of Local Authorities and sectors.  She is currently Head of Environmental Assets within North Lanarkshire Council, Scotland's 4th largest Local Authority, providing strategic clarity and operational direction to the Council's Environmental Asset, as Head of Service directly supporting the strategic aims and ambitions of the Council  The role encompasses a critical portfolio of activities including environmental asset maintenance, environmental facility management and environmental design and engineering.  Nicole is a Chartered Civil Engineer and a graduate of Strathclyde University.

Nicole is skilled at partnership working to deliver strategic objectives and has served on the Board of both the Inner Forth Landscape Initiative and the Seven Lochs Wetland Park,  and is currently a Director of Culture and Leisure North Lanarkshire. 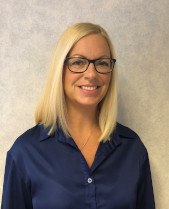 Lesley has 30 years’ experience in local government, mostly at South Lanarkshire Council, and has worked on policy and strategy development for more than 10 years.  Lesley’s current role of Development Officer at South Lanarkshire Council covers all aspects of policy and strategy development relating to sustainable development and climate change.  She has a corporate lead on the public sector climate change duties and contributing to the UN’s sustainable development goals at a local level. In addition, Lesley is a member of Sustainable Scotland Network’s (SSN) steering group.  Being part of the steering group has given Lesley the opportunity to engage at a national level and to help guide the development and delivery of the network. 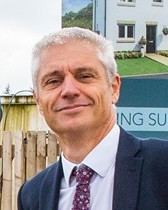 Phil is the Head of Environment (Strategic Services) for East Renfrewshire Council, and has been with the Council for twenty years.  His key responsibilities include Housing and Homelessness, Public Buildings and Corporate Landlord, Corporate Health and Safety, Major Capital Projects, Economic Development and Regeneration, Change and Governance, and Climate Change. 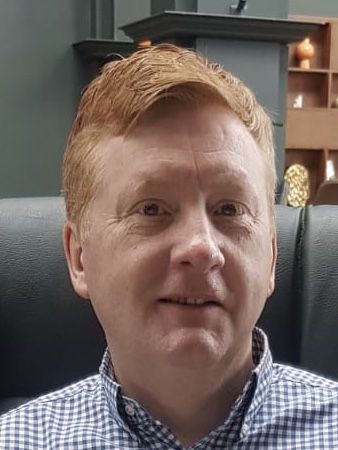 Michael is an Economic Development and Regeneration professional with over 30 years’ experience across the public and private sector in supporting business growth and promotion of regeneration. An early career in engineering with a Manufacturing Systems Engineer degree followed by an MBA and a post graduate diploma in Local Economic Development. Engineering roles then led to roles in the public sector initially with Scottish Enterprise involved in engineering and electronic business support and wider technology cluster development. This was followed by five years managing a business innovation centre in Glasgow, which led to a role in the development and construction of business incubators south of the border. Back in Scotland led to a director in innovation management role, a short spell as a consultant with Scotrail, a borders textiles company and with Strathclyde University then followed. The last ten years have been back in the public sector with West Dunbartonshire Council leading our business support ambitions and significant regeneration projects across our communities and Town Centres together with management of the Energy and Compliance team and lead role in delivery and expansion of the District Heating facility which generates heat from the River Clyde in Clydebank.

Kerry Wallace is NatureScot’s Area Manager covering the Strathclyde & Ayrshire area.  This role is focused on the local delivery of national priorities for a nature-rich future.  Kerry has worked for NatureScot and predecessor bodies since 1999 in a variety of roles from monitoring and managing the condition of protected sites, advising on strategic plans and engaging with partners to develop projects and deliver actions.  Kerry’s priority for partnership working is to help address the climate and nature emergencies through actions, such as delivery of green infrastructure and nature-based solutions, which provide multiple benefits for nature, climate and people. 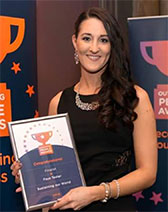 Faye is the Environment Manager for SGN, covering Scotland and Northern Ireland. Whilst working for SGN in various roles, Faye has completed an Open University BSc in Environmental Management and Technology and is now working towards an MSc. Faye is keen to apply her skills to help improve SGN’s wider Sustainability, help them meet their Net Zero by 2045 goals and reduce their overall environmental impact. Being part of Climate Ready Clyde as a utilities and infrastructure sector brings a useful view point and allows us to support the wider development of Glasgow City Regions adaptation strategy. Through this work Faye is also raising the importance of climate change Adaptation within SGN to ensure they are fit for the future and to encourage others to do the same. 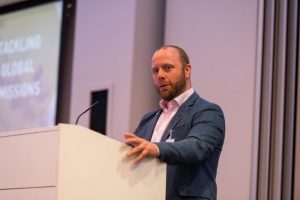 Get to Zero Manager
Renfrewshire Council

Andy joined East Renfrewshire Council in October 2021 as Get to Zero Manager. In this role, Andy will lead the plan for the Council and the community to achieve net zero and adapt to climate change. Prior to joining the Council Andy held several roles with Zero Waste Scotland, including managing the recycling programme with local government, writing the corporate plan and delivering support for national government policy initiates such as the Circular Economy Bill and the waste targets route map. He is a member of the Chartered Institute of Wastes Management and Institute of Leadership and Management and lives in the south side of Glasgow with his young family.